Internet connectivity can be a difficult task when traveling, so download the best offline Android games and play wherever you are instead. These free games are amazing to play, and most importantly, don’t require any type of internet connection.

Pro tip: Manually turn off your internet connection when playing these games offline on your Android smartphone. This will prevent unnecessary ads from showing in the middle of your gameplay.

The best offline Android Game in 2020 is:

There aren’t many free offline games for Android that are as addicting as Crowd City. Once you start playing the game, you will never stop yearning for another round.

The gameplay of Crowd City is very simple; you have control of a random character you can name, and everyone else you touch transforms into an identical clone of you. To win each round you will need to create as many clones as possible.

This is a single player offline game, but you’ll face off against a bunch of AI-controlled opponents to turn the nearby mob into your lookalikes. The best part about Crowd City is when your crowd gets so big that it can turn other AI players into your clones as well. 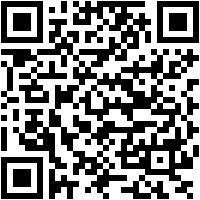 If you want to enjoy console-quality gaming on your Android smartphone, you can’t miss Rayman Adventures. It is based on the much larger Rayman Legends game which is available on PC and consoles.

Rayman Adventures offers two protagonists. After choosing one, the game lets you get lost in a beautifully developed world filled with treasures, secret locations, and a variety of bosses.

The game also features chase levels, where a massive boss will chase you and maintaining distance will be your only option. Rayman Adventure also allows you to speed up cut scenes, which comes in handy if you don’t want to miss out on important details but still want to stay on top of what’s going on in the game.

Board games are fun for the whole family, but in the age of digital games, they aren’t as popular. However, a popular board game of Indian origin known as Ludo is taking the Play Store by storm with over 100 million downloads.

The premise of the game is simple: you have four pieces of four different colors and you will need to make each of them make a full circle around the board. Players roll the dice to determine the number of steps they can move on the board.

If that sounds confusing to you, don’t worry, the game comes with a “Rules” section which can be found in the settings menu. Ludo is a competitive board game and can’t be played on its own, but don’t worry – you can test your “dice” skills against the CPU. Ludo also supports up to 4 players in local co-op and is probably one of the few games on the Play Store to offer such a feature.

Crossy Road has been on the Google Play Store for a while, and for good reason. You play like a chicken in this offline android game and your objective is to cross the road, train tracks and rivers.

The gameplay of Crossy Road is very easy. The player just has to move the chicken in different directions using a simple tap. Beware as heavy traffic and fast trains will be your demise at Crossy Road. The game has no real time limit, but an eagle is always hiding above the ground to make you its next prey.

Crossy road features Minecraft-inspired graphics with trees, cars, and other objects modeled in a blocky design. Needless to say, Crossy Road is a great offline Android game that you can’t afford not to have on long drives.

Alto’s Odyssey offers a beautifully designed learning and growth experience. The game puts you in the shoes of Alto, a mostly silent desert skier who can backflip all day.

The entire game features an endless desert made up of ever-increasing challenges. After a brief introduction to the mechanics of this offline Android game, you find yourself in a beautiful world accompanied by a calming soundtrack and pleasing visuals.

The core gameplay of Alto’s Odyssey revolves around jumping, performing backflips, and grinding on ropes to collect coins that you can use for upgrades.

This offline Android game puts you in the shoes of a heroic father who is on the hunt for his daughter in a world full of zombies and thugs. The core gameplay of Dead Rain 2 is all about killing zombies, upgrading new gear, and surviving in a post-apocalyptic world.

The best feature of Dead Rain 2 is its combat. It involves a fast-paced shooter mixed in with a bit of parkour. You can only shoot horizontally, which leaves your hand free to aim and focus more on the movement.

The zombies in this free offline game are fast runners who are likely to keep you on your toes all the time. The visuals of Dead Rain 2 are neo-retro which only accentuates the dark, gloomy and intense nature of the game. We recommend Dead Rain 2 as one of the most exhilarating offline games for Android phones. 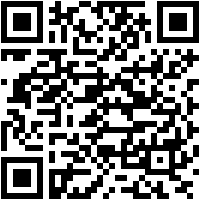 If you like anime and offline games on Android then Dawn Break is a must-have for you. This is an offline single player game on Android with similar playing to PC games and visually impressive graphics.

Dawn Break gives you the chance to play with three unique heroes, each with their own special ability. Accompanying each hero is an evolutionary fairy who helps them throughout the fight. 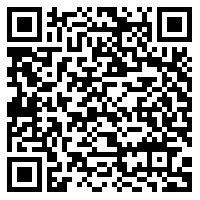 If you like fighting games like Injustice series then you must try Mortal Kombat for Android. The game takes many of its features from the Injustice game and tops it off with bloody deaths. Watching these finishers over and over again keeps me coming back to this offline Android game.

Mortal Kombat gameplay involves touching and swiping the screen. However, you cannot move characters forward or backward. During a fight, you have the option to choose three characters and you can switch between each of them at any time.

Along with the main campaign, Mortal Kombat also features over 130 heroes to collect and upgrade. In campaign mode, boss fights will keep you engaged for a long time.

Arcane Quest Legends is one of the highly recommended offline games for RPG fans. The game’s features allow you to control a customizable character who was separated from his parents years ago.

Growing up on your own you become a strong and courageous hero tasked with battling orcs, undead, demons, goblins and all manner of dark creatures. During my gaming experience, the Arcane Quest Legends reminded me of Diablo 3 that I played on my PS4.

The game’s hack and slash combat looks pretty good. The game encourages the player to explore each stage in search of loot which has made the game a much more exciting experience.

Don’t be fooled by the casual look of this game; Amaze is as difficult as it is accessible. The game gives you control of a ball that paints the ground in a particular color wherever it moves. Your objective is to color the whole maze. The game offers two game modes: Classic and Limited Moves.

In classic mode, you can move the ball around the maze an unlimited number of times. In Limited Movement, as the name suggests, you only get a limited number of moves to paint the entire maze.

Amaze also has several new game modes coming in the near future, so be on the lookout. Needless to say, I strongly suggest you download and play this game offline on Android.

There are a number of other games like Truck Simulator, RIP, Dragon Hills 2, and many more that you can take offline and enjoy. I have tried to include not only simple arcade games but also adventure and RPG games on this list so that you can have a good variety of titles when you log out while traveling. 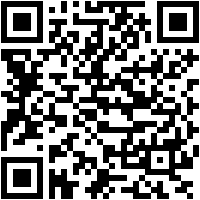 Also check out our collection of the best fighting games and the best racing games on Android. If I missed any new offline games for Android, let me know in the comments and I’ll update the list ASAP.